Skip to content
[esic.nic.in]Atal Bimit Vyakti Kalyan Yojana Form and Details
The ESI Corporation has launched a scheme named ‘Atal Bimit Vyakti Kalyan Yojana’ (ABVKY) which, in case the Insured Person (IP) is rendered unemployed, provides relief to the extent of 25% of the average per day earning during the previous four contribution periods (total earning during the four contribution period/730) to be paid up to maximum 90 days of unemployment once in lifetime of the IP on submission of claim in form of an Affidavit. The Scheme has been made effective from 01-07-2018. The scheme is implemented on pilot basis for a period of two years initially. 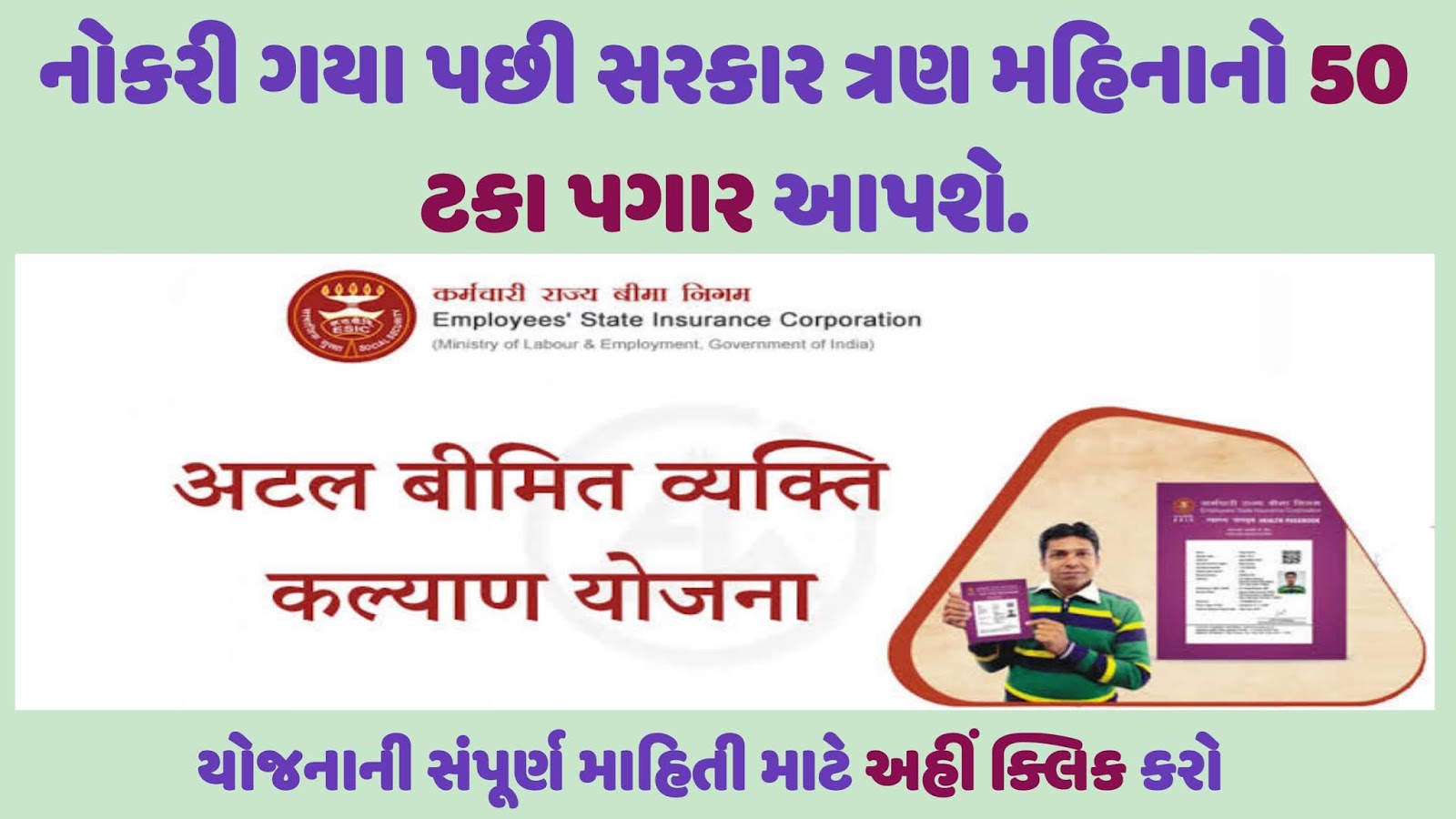 Eligibility
Other conditions for administration of the scheme
Important Links:
Read Sandesh News Report
Download Atal Bimit Vyakti Kalyan Yojana Form and Notification
Registration Process
To get unemployment allowance, you have to register. You can download the Atal Insured Person Welfare Scheme form by visiting the Employee State Insurance Corporation (ESIC) website. The form has to be filled and submitted to your nearest ESIC branch.
After December 31, 2020, the scheme will be available with original eligibility condition during the period January 1, 2021 to June 30, 2021. If atal insured wants to avail welfare scheme then registration in it is necessary.