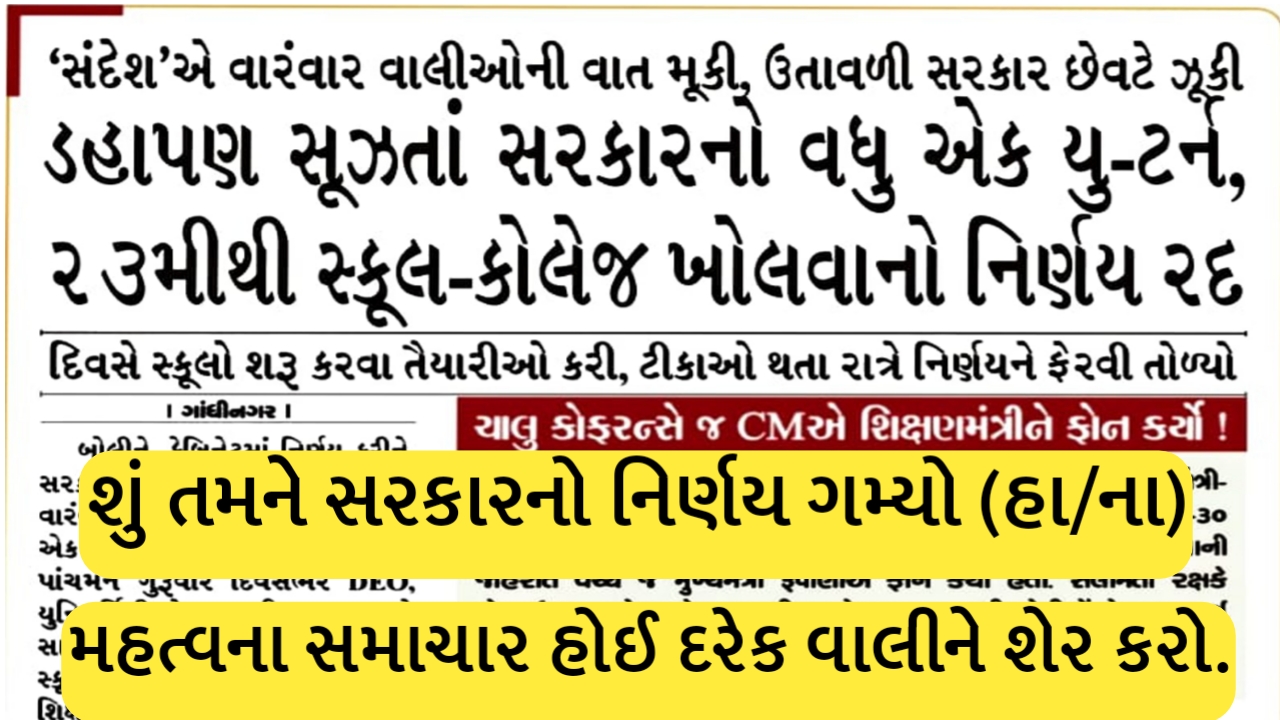 Earlier this month, Gujarat government had announced its decision to permit the reopening of schools for students of classes 9 to 12 and college for finaly year students from november 23. Education Minister Bhupendrasinh Chaudasma had made the announcement on November 11, 2020. He had also shared the SOPs for the same.
Divay bhaskar news report : click here 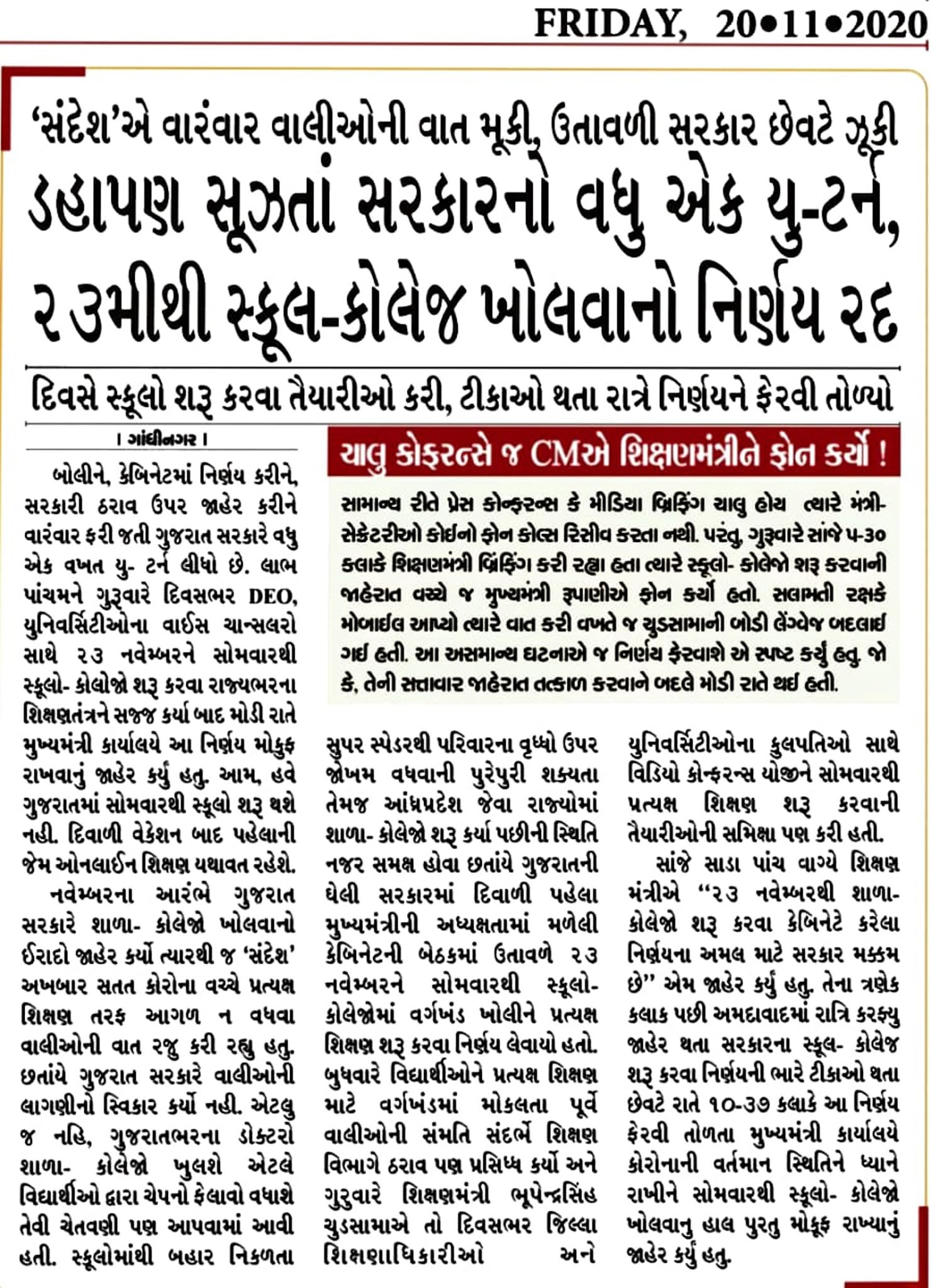 This decision now stands cancelled and plan to reopen schools and colleges deferred for the time being. CMO Gujarat yesterday evening tweeted, ‘Gujarat Govt decides to postpone the reopening of schools and colleges in Gujarat from November 23 in the wake of the current Corona virus situation.’ Check the tweet below.
Meanwhile, a few schools in Haryana were shut down after 150 students tested COVID19 positive. Maharashtra is another state that has announced its decision to reopen the schools from November 23. Odisha, Delhi, West Bengal, Tamil Nadu and Karnataka are a few states that have not announced any decision to reopen the schools and colleges just yet.